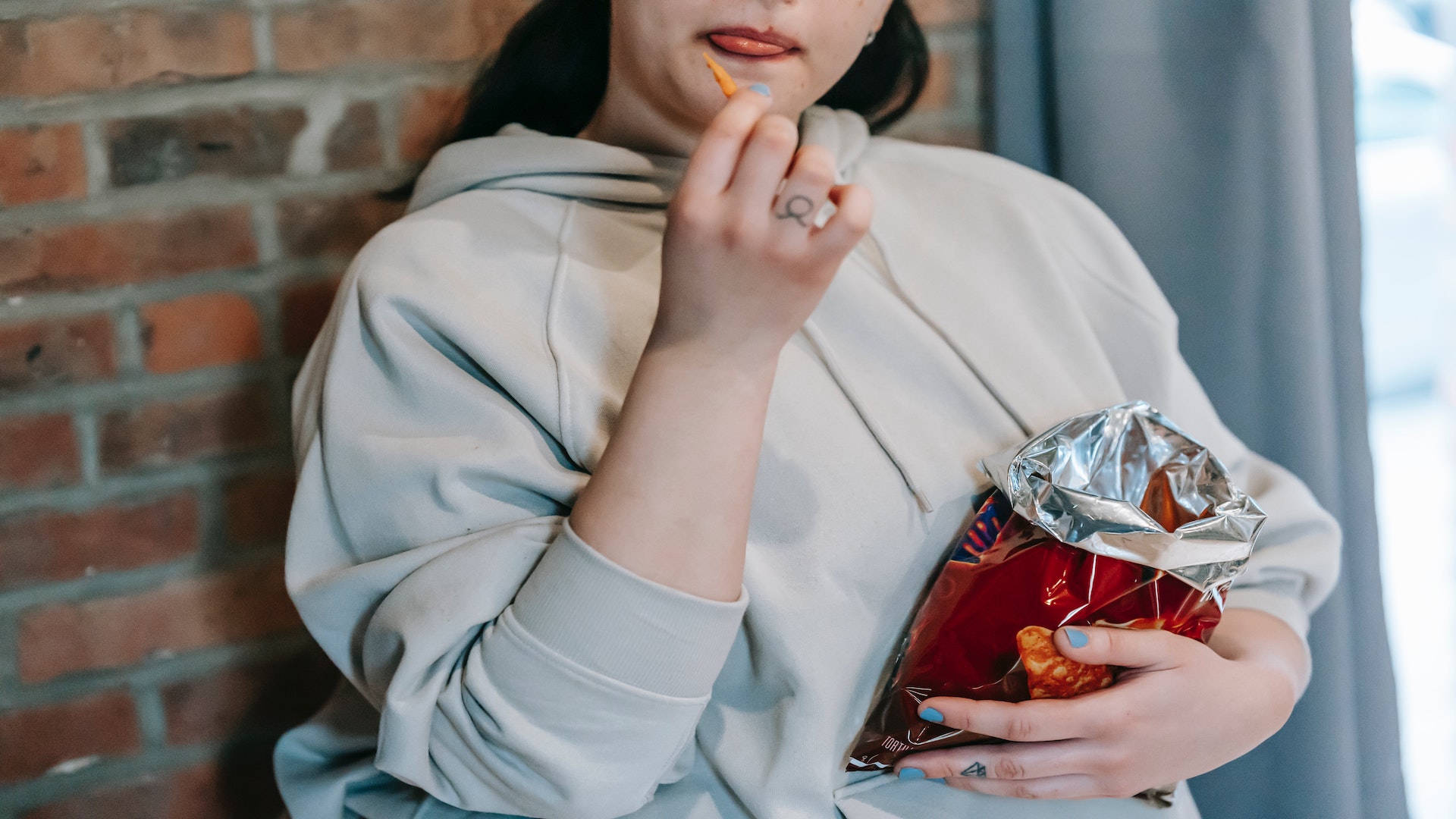 Your longterm weight loss failure or success will be based upon the sum of all your habits.

If you find yourself always coming short of your weight loss goal, you seem to have some habits that are working against you. Unfortunately, completely breaking a habit is not easy, and if you have multiple habit loops working against you, it’s even more difficult.

*Side note: if you’re an avid reader of the Cornerstone Weight Loss Blog, you know that a shortcut to longterm weight loss really does not exist. What you’re about to read is a tactic to deal with your bad habits without facing them head-on, which will help you in your weight loss endeavors, among other benefits.

What this short blog post is going to do is show you a way to begin a new habit that is used to interrupt some of your bad habits. This new habit will by no means change all of your bad habits to good habits, however it could help you turn the tide for your weight loss goal. After reading this, you will be more equipped to identify the habits that are keeping you from the weight loss you deserve and learn a trick to combat them.

This tactic is not for everyone. Some will not understand this, and that’s OK. If this tactic does not work for you, please feel free to disregard this blog post. For those of you who will get this, you’ll see that it can be implemented in almost all parts of your life and, like it has for me and others, becomes the default mode of tackling most challenges.

Let’s get to work!

What makes up a habit?

In the book Atomic Habits, James Clear describes the four components of a habit as:

The cue can be anything that starts your habit loop. That cue leads to you craving a particular feeling or end-result. The craving leads you to take action, which is your response. The reward is what fulfills the cycle of your habit.

In order to help you better understand, let’s use an example right out of the book.

Using the Cue/Craving/Response/Reward components, how many habits of yours can you identify?

How many are good habits? (Getting your life positive results).

How many are bad habits? (Getting your life negative results).

Generally speaking, many people have bad habits tied to food, which is one of the many challenges for those seeking longterm weight loss. You may have some habits that mix up emotions with food too.

Using the cue/craving/response/reward components of a habit, let’s break down a real life example of one of these food-related bad habits.

You have a stressful job with a very demanding boss who takes pleasure in getting you upset, so coming home emotionally imbalanced and frustrated seems to be a very common occurrence (cue).

You desire to get out of that emotionally imbalanced and frustrated state before your children get home from soccer practice. (Craving)

In order to decompress, you lounge on your couch for an hour before your children arrive, which helps level your emotional state. As you nestle into your couch, you also eat a bag of chips, which ties that calorically dense food to the balancing of your emotions. (Response)

You have now resolved your emotional state before your children arrived. (Reward)

Using the above illustration, it’s not difficult to see how easy it is for you to slip into bad habits, especially when food is used to supplement your habitual response to your craving. With life becoming more stressful by the day, and with calorically dense food at such an accessible level, there is a great deal of potential for failure on a habitual level.

This is where attacking the habit head-on has a good chance of ending poorly. When you attempt to eliminate the entire habit altogether, you’re blocking the path to fix your initial problem of getting your after-work emotions in balance. This can easily end up backfiring and has the potential to lead to even worse habits.

In Atomic Habits, the elimination of the cue seems to be the easiest way to divert a bad habit, however that is not always an option. Sometimes you have to put up with that boss that seems to love to get under your skin. It sucks, but that’s part of life. The good news is, there is a way around this, it just takes the willingness to want to stop your bad habit(s) and an open mind to a seemingly simplistic approach.

A tactic to implement to interrupt your bad habits

If you take away one this from this blog post let it be this: if you have no way to eliminate the cue to your bad habit, it looks like you will have to substitute an alternative response that both provides the reward and helps you improve in some way.

From the above example, the problem is your boss regularly driving you to an imbalanced emotional state. You want to get into proper balance before you see your children and you have achieved that by getting some rest before you see them. Somehow along the way, a bag of chips snuck in to that rest period and now a bad habit has developed that has you overeating in order to get emotionally ready to see your children.

In this instance, substituting an alternative response will be a challenge, and it actually may be too great of a challenge. With your family’s well-being at stake, it may deem to be too big of a risk to screw up, so disregard it for now.

Instead, what about practicing your response substitution on other habits that do not have such high stakes as one that involves your family’s harmony?

Let movement and exercise be your default

*Side note: the Cornerstone Weight Loss Blog is about weight loss, of course this is where it’s going.

Exercise has a great deal to do with mood enhancement and balancing emotion. It has effects on the mind that can be a fantastic response substitute.

Understandably, the likelihood of a very stressed out you going to the gym instead of eating that bag of chips is slim, especially if you have ingrained this habit with hundreds of repetitions.

Simple. Not easy, but simple.

It seems ridiculous. It looks too minor and insignificant to make a difference.

Friend, these small tweaks over time compound to massive results in the longterm if you remain consistent. As you look to other places in your life to default to movement and exercise, you’ll notice improvement in many aspects of your life. The biggest, most-noticeable change you’ll see is when you get to a point where the reward you get from movement and exercise exceeds the reward that comes from emotional eating.

It sounds like this all happens in a matter of a few decisions, but in reality it varies by person. I have personally known people who seem to just turn a switch in their head and change something in their life they dislike. I’ve also known some who were so stuck in their ways it was like their feet were set in concrete.

For us normal people, however, this can be an overall slow process. The good news is that things like changing a default action pattern compound over time as long as you stay consistent. It’s imperative that you consciously remind yourself until it becomes second-nature. When the reward of emotional balance you get from movement and exercise becomes equal or greater to that of bombing a bag of chips on the couch, then would be the time to interrupt the response in some high-stakes bad habits, as with the example above.

At Cornerstone Weight Loss we help you better understand how food affects your body in a common sense way that will put you in control of how you look. In order to get in touch with a professional who can help tailor your weight loss plan to you, click below, fill out the information, and a member of the Cornerstone Weight Loss team will reach out to you to get the results in weight loss you deserve.

ABOUT US
Cornerstone Weight Loss is a leading health and nutrition training company that helps people better understand how food affects their body in a common sense way that puts them in control of how they look, forever.
LOCATION
Office
25 N Belcher Rd APT B30
Clearwater, FL 33765

Email
mike@cornerstoneweightloss.com
info@cornerstoneweightloss.com
OUR MISSION
To empower you with a clear understanding of how food uniquely affects your body, in a common sense way, that enables you to have complete control over how you look - for life.
Set yourself up for success with “The 5 Steps to Make Sure You Don’t Kill Your Weight Loss Plans Before They Begin”. Download today!